My life is living proof that God still delights in saving sinners.

I was born in Austin, Texas, the younger of two sons. My family moved to Lubbock when I was 10 years old, and I lived in west Texas until my senior year of college. My parents were incredible. They did everything necessary to instill in my brother and me the faith and values that would lead us to deep, rich lives. However, I was convinced that I could find the fullness of joy on my own and that my way of living life was better than God’s. For 18 years, I never came close to grasping the depravity of my heart or my intrinsic need for God’s rescuing grace.

During my freshman year of college God drew me to Himself. At the time, I was playing basketball at a small college. Having reached many of the academic and athletic goals I had set for myself, my circumstances in life had never seemed better, yet my heart was restless and empty. C.S. Lewis described that year of my life more accurately than anyone I have ever heard or read. He wrote, “If I find in myself a desire which no experience in this world can satisfy, the most probable explanation is that I was made for another world.” I spent my freshman year discovering this “other world” Lewis spoke of, as the Holy Spirit opened the eyes of my heart and rooted my faith in Jesus Christ and the gospel about Him.

Shortly after my conversion, I began working for a church in Lubbock, and after three years there, I moved to Vancouver, Wash., a suburb of Portland, Ore., to serve as the youth pastor of a local church there. In January 2007, I moved to Highland Village, Texas, to serve as a pastor of The Village Church. That summer I also married my best friend, Kimberly. Shortly after our wedding, I began serving as the campus pastor of The Village’s Denton Campus which became The Village Church Denton.

Kimberly and I live in Denton, just a few blocks away from campus of The Village Church Denton. We have two sons, Haddon and Isaiah, and two daughters, CJ and Elliot. 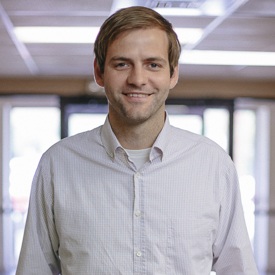