Assistant Pastor of Care and Connection

What growing up I did, I did in Wichita Falls, Texas. Church and high school football pretty well summed it up. There God called me to the gospel ministry, a third-generation preacher. I had to make sure His call was for me too, not just the family plan. After finishing a football career at Mississippi College, I embarked on an extremely terminal seminary education at New Orleans Seminary, where my father was also president (making me a P2K, both a pastor’s and president’s kid!). While pursuing the master’s and doctoral degrees, I was pastor of two churches south of I-10, which is a separate country in the Cajun country. I met and married Susanne and rescued her from Alabama. Gentry was born in Baptist Hospital in Catholic New Orleans, and after the Lord led us from the swamp to the desert in Phoenix, Paris was born in St. Joseph Hospital three weeks after we had moved cross country.

All three churches were contextually suited for out-of-the-box ministry, which we undertook. Everything from feeding dozens of families with rescued damaged goods from grocery stores to having a Vietnam veteran ride his Harley down the aisle as part of a Sunday morning message. Always leaning out, I knew that any church’s future depends on those we don’t even know yet.

Coming back to Texas in 2000 with aspirations of starting a church and interning with NorthWood Church in Keller and Bob Roberts, I ended up commuting 781 fun-filled miles for ten months working with a church plant in Evansville, Indiana while still living in Denton. That church continues to minister there, but I realized that I was not the zero-to-one guy and came back to Denton. I was called as lead pastor of Grace Temple Baptist Church where we had been involved since coming back to Texas.

I met a guy named Matt Chandler in the spring of 2007 and through a series of providentially-orchestrated events, God allowed a “marination” of The Village Church and Grace Temple. The results of this God-sized answer to the prayers of both congregations are being seen weekly as the Gospel is preached and lived out, darkness is pushed back, and lives are transformed. Daily I see the power of the Gospel and the unexplainable providence of our Lord as He brings people who are bruised and beaten up by life come to know the healing presence of the risen Christ. 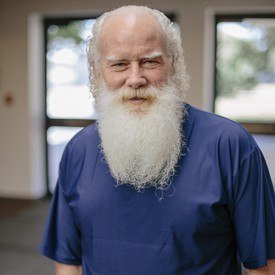