Before I accepted Christ, I was abandoned by my father who was only in my life for one year when I was seven years old. He was physically abusive and I was terrified of him. When he left my mom and little brother, the fear of my father transformed into anger, which eventually evolved into bitterness and indifference regarding his absence in my life. Even though I went to church weekly, was very involved in youth group, and even completed confirmation, all of these heavy emotions led to me having many distorted views of love…especially unconditional love. I craved for acceptance, approval, and attention.

As a means to cope with the abandonment and neglect issues that I was dealing with, I sought out academic achievement, girls, & sports, as a means “earn” the approval of others and gain their acceptance. From elementary through senior year of high school I found solace, security, and significance in all of these areas. Even though I could not articulate it at the time, I based my identity and worth on what others thought about me. However, at the age of 20, a series of events culminated in me losing many of the things that were my hope and worth. I felt like I had hit rock bottom and spiraled into a brief period of depression.

One day, while I was on my way to school, my anxiety and depression had reached a breaking point and I found myself humbled to tears in my car. Suddenly the thought crossed my mind to read Jeremiah 29:11 – an often quoted verse that my old pastor would recite. However I kept reading verses 12-14, and a sense of peace and awe came upon me as if God was speaking directly to me. Later that day, I ran into a friend of a friend, named Damon Sumner, who shared how captivated he was over a Bible verse he had just learned in a small group (Phil 3:7-8). I knew some scripture but had never heard this verse, and the way that he was so passionate about Christ made me want to experience that same emotion. So, he led me to the same Bible study he was attending within the union at the University of North Texas. It was led by John Onwuchekwa, and it was during the weekly gatherings of this small Bible study where I heard the Gospel in such a way that it captivated me in the same way it had Damon! I had gone to church my whole life and had heard the Gospel many times, but the truth that I was dead in my sins and I needed Christ to make me alive did not sink in until the death of a young man who was in my youth group at my home church.

Lovingly, John O asked if he was a believer, and I honestly couldn’t answer. The thought haunted me because I put my trust in the fact that he was saved because he went to church, just like me. Then John asked if I knew if I would go to Heaven when I died and I was even more terrified. I anxiously said I don’t know. He then walked me through Ephesians 2:1-10, and Romans 10:9, and immediately the weight of fear evaporated!

It finally clicked that my whole life I was trying to “earn” unconditional love, but I was seeking for it in all the wrong places…when Christ had been there the whole time with outstretched arms waiting on me to “freely” receive Him, the ultimate embodiment of the unconditional love! After this revelation, I realized that I was a sinner because I had placed my hope and faith in my efforts and the approval of others, and I truly believed that Christ died to free me from living in the bondage of needing the acceptance of others to validate my worth. For the first time, I found my identity in Christ (Col 3:3-4)! Afterward, I longed to read the Bible more and more, as well as be in a Christian community where I could be taught more about Jesus and learn to trust and follow Him daily. John O spent a season teaching me how to study the Bible, and my views on dating were transformed as I was taught the art of courtship (Christian dating) by Pastor Calvin Clark at Denton Bible Church, which ultimately led to me pursuing my beautiful bride, Catherine. I also went through Step studies here at the Village Church Denton, where I was taught how to lay my sinful baggage at the cross and make amends towards those whom I’ve hurt and those who’ve hurt me, namely my father.

Before I confessed Jesus as my Lord and Savior, my feelings of worth used to constantly fluctuate based on my outward performance and/or my perception of what others thought of me. I still struggle with this at times and I need to often remind myself that I’m loved & accepted not because of what others think of me or even how I view myself but rather because of WHO I AM IN CHRIST (Rom. 8:1) and how He died for me (Rom 5:8)! 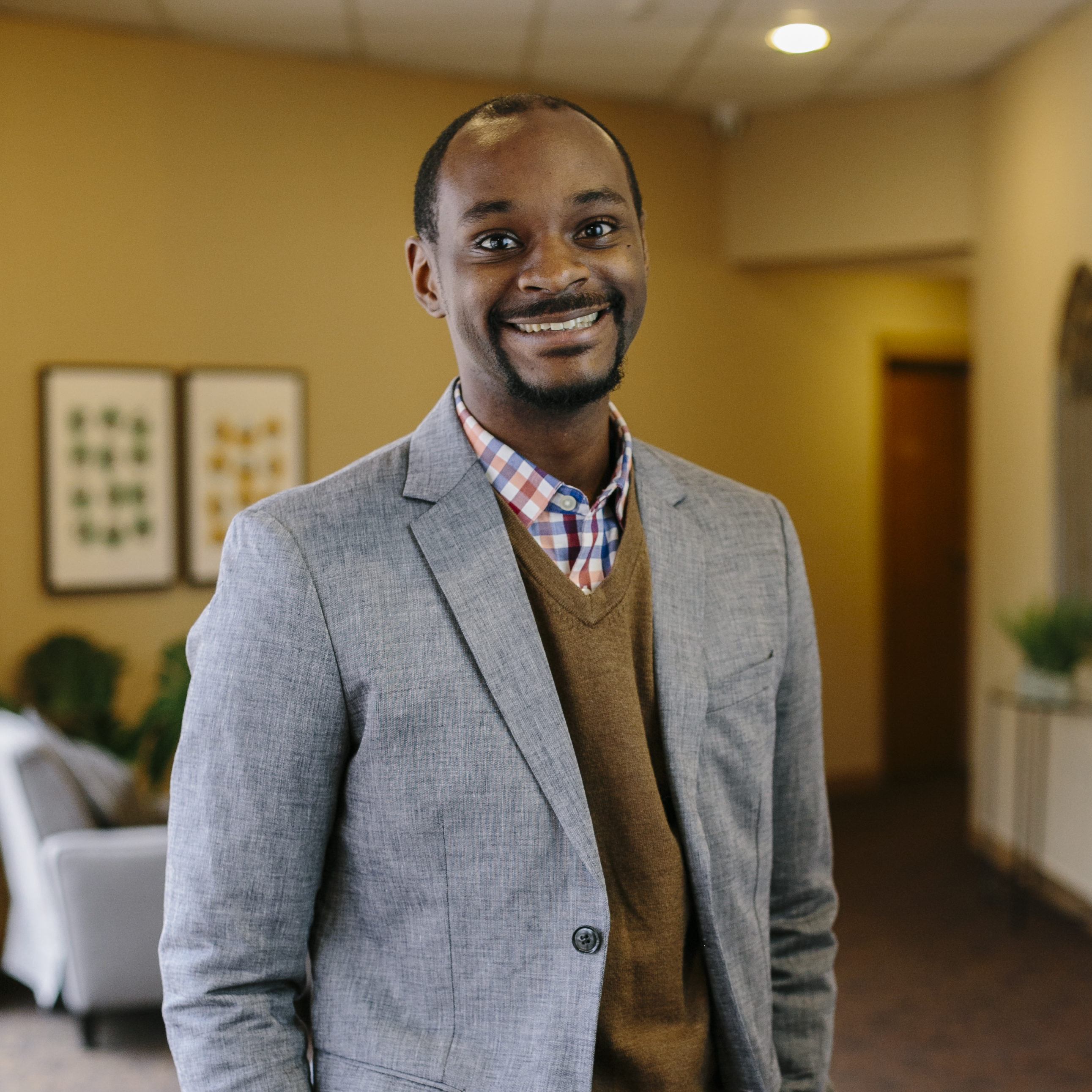