I grew up in New Jersey just outside of New York City and was raised in the Congregational Church. Though I learned all the Bible stories and was confirmed into the church, I never heard anything about having a relationship with Christ, nor did I understand the gospel. However, I was a good church girl and never got into trouble, hoping I would make it to heaven that way. I attended college in New York City and married my husband shortly thereafter.

Several years into our marriage, we moved to Springfield, Va., where we became active in Kirkwood Presbyterian Church. There I met a group of people who were on fire for Christ. As I watched them, I realized they had something that was missing from my life, which led me to a home Bible study where Jesus met me, and I was born again.

Years later, my husband’s job moved us to Lucas, Texas, and we became part of Lucas Christian Church. When we first began attending LCC, we were one of only three families who weren’t related. That little church taught me about community and relating on a deep spiritual level. During those years, I was also privileged to be employed in church administration.

I have four adult children and seven grandchildren. After my husband died in a boating accident, I moved to Sanger. I first became acquainted with The Village through my daughter. I began attending regularly just as the Denton campus became a reality. The Lord has proved Himself faithful through all the mountains and valleys in my life. I love The Village, and I am humbled and blessed to be able to serve here. Micah 6:8 is a treasured verse to me: “He has told you, O man, what is good; and what does the LORD require of you but to do justice, and to love kindness, and to walk humbly with your God?” 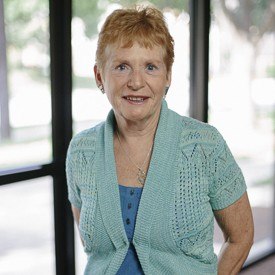