I’d given up on Christianity somewhere in high school. After reading and studying some of the world’s philosophers, I’d concluded that belief in God was a foolish construct of humanity’s inability to deal with existence. Along the way, there was a mounting gap between who I pretended to be on the outside and who I actually was on the inside. My entire outlook on life, the universe, and everything was very bleak.

The turning point was late in college. As I pursued academic and career success as my personal god, I got an interview with prestigious graduate school program. During that interview, I asked the alumnus, “What would you do differently?”  He responded, simply, flatly, and coldly, “a lot.”

This was a sobering realization about the futility of worldly success.  Shortly thereafter, I woke up in the middle of the night and, clear as could be, knew that I had to sit down for a conversation with an acquaintance of mine who was a firm believer.

He shared the Gospel: Humanity is separated from The LORD God because we wish to be the god of our own lives. We are slaves to our sin and will live, die, and be forever apart from a great, loving, and just God without the redemptive, sacrificial, and atoning work of His Son on the cross. Believing and living in the power and reality of Christ’s life, death, resurrection, and ascension eternally restores our relationship with God and with His people, the Church. We now walk day by day, empowered by God’s Spirit, to live in the “already not yet” time between Christ’s first coming and His return – where sin and death will come to an end, and all things will be made new in glory.

I accepted Christ as my Lord and Savior shortly thereafter, and have been pursuing a relationship with The LORD and His people, imperfectly but hopefully, ever since. 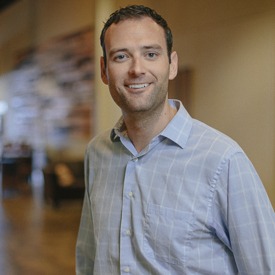