I was born and raised in Princeton, Ky., in a wonderful and loving family. Growing up, I loved playing sports, and my life revolved around athletics. I had the privilege of receiving a football scholarship to play quarterback at Murray State University after my senior year of high school.

The chaplain on the Murray State football team was a guy who worked for a college ministry called Campus Outreach. He attended our practices and led a Bible study for the players each week. It was through him that I heard the true gospel of Jesus Christ and came to see my sinfulness and need for a Savior.

Even though I grew up in church, I had never come to the realization that my sin separated me from God and that I deserved eternal punishment (Romans 6:23). It was during my sophomore year of college that I understood that Christ had paid for all of my sin and that salvation was by grace alone (Ephesians 2:8-9). It was then that I surrendered my life to Christ and received Him into my life.

After becoming a Christian, I became an active member of the local church and got involved with Campus Outreach for the next three years. It was during this time that God grew me in my vision and desire to “know Christ and make Him known.” I became gripped with the vision of making disciples of all nations and multiplying my life into others.

After graduating from college, I accepted a job to work with Campus Outreach at Southeast Missouri State University. I labored there from 2004 to 2011 and had the privilege of seeing God raise up many laborers for the harvest field.

On December 3, 2010, I married a sweet little Cajun girl named Summar from Lafayette, La., and together we desire to glorify God and spread the gospel message to the ends of the earth. We moved to Denton, Texas, in May 2011, and we are excited to be in community at The Village Church and to make disciples at the University of North Texas! 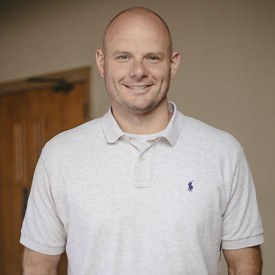